Architect Mihkel Tüür: Kalaranna District is the first seaside residential area at the heart of Tallinn

Kalaranna Kvartal is a unique seaside residential quarter on the border of Tallinn’s Old Town and the city centre, which in a six-hectare area will include a renovated port and beach area and 12 residential buildings with restaurants, boutiques and businesses. This is the first living quarter with its own sandy beach right at the heart of Tallinn, opening the sea to the city. The architects of Kalaranna District, which has taken nearly a decade to mature, are Mihkel Tüür and Ott Kadarik (Kadarik Tüür Architects), the landscape architects are Maarja Tüür and Kerttu Kõll (Sfäär Planeeringud) and interior design by Galina Burnakova.

This versatile project has offered a number of challenges in terms of architecture and enrichment of urban space, thus we aspired to capture that journey in in more detail with the architect Mihkel Tüür, interior designer Galina Burnakova and Carmen Kukk, the Head of Sales and Marketing for Pro Kapital and also a Product Manager for Kalaranna District.

HOW IS KALARANNA DISTRICT DIFFERENT FROM OTHER SEASIDE URBAN QUARTERS?

Mihkel Tüür: One might think that there are several developments by the sea or overlooking the sea, but if we’re heading towards the city centre from Pirita and end up in Patarei, there really is no living environment directly by the sea. There are houses located on Pirita street, facing the sea, but they are separated from the Tallinn Bay by a roadway. The same goes for The Kiikri Residences, which have been cut off from the water by the new Reidi street. I would say Noblessner is the first seaside living environment, but it’s located somewhat outside of the centre city context. Kalaranna District is the first development to have its own sandy beach right at the heart of the city.

In some ways it is interesting – similarly to Helsinki, Tallinn is a seaside city, but unlike the northern neighbours, our capital’s seafront is still largely without infrastructure. Historically, the bay area has been occupied by industries, and even today the downtown seaside area is characterized by a relatively large port area, where there is no residential real estate and infrastructure that would allow people to access the sea. The development of Kalaranna District is of symbolic significance, because it’s the first residential environment that opens the sea to the central city.

HOW DOES THE PROCESS OF SUCH A LARGE AREA LOOK LIKE?

Carmen Kukk: The creation of Kalaranna District was a long process that equally represented different interests and formally connected them. Based on the detail planning, an international architectural competition was held, which attracted a great interest. This certainly reflects the significance and uniqueness of this urban development.

Mihkel Tüür: Kalaranna District’s detailed plan was done very well, which made it possible to plan this area in an architecturally reasonable manner. Surely, this was a good starting point. Usually, the footprint of buildings is very precisely defined in the detailed planning. Sometimes it is designed to be unreasonably proportionate, and it is very difficult and, of course, time-consuming to change it. In the case of the Kalaranna District, however, the planning foresaw the placement in relation to Kalaranna street and the sea, determining the height and gross volume of the houses. Thus, the architects had the opportunity to create this whole area between the coastal exclusion zone and the road. This initial task was excellent because it gave us the opportunity to plan this territory reasonably and bring out the best characteristics of the area.

HOW DID YOU GET FROM A GOOD STARTING TASK TO SUCH A SOLUTION WHAT KALARANNA QUARTER WILL COME TO?

Mihkel Tüür: The bay area of Helsinki has all the good qualities of the sea. At the same time, to us, the immediate proximity of the sea often means a cold north wind. Thus, we aspired to highlight the positive features of the sea and this gave us an idea of a square in the middle of the district which would bring a quieter area right by the sea. When planning the project, we tried a number of alternative schemes, and the square version seemed to make the most sense. The layout of the houses and the whole idea of the district shaped around this idea – the square is bordered by houses on two sides, the buildings with sea views are adjacent to the coastline, and the houses by the Kalaranna street have a southern sun and a view of the Old Town. Before we came to the final solution, we played through several different solutions how to plan out this area. The idea was to place the houses so that they would not “look at each other”. To achieve this, we turned the space between the houses to allow views in different directions. In reality, this work – establishing how the street areas, houses and the square in the centre are located, takes place in parallel. We had to simultaneously consider the idea of ​​a quiet urban space, the diversity and location of the houses. Most importantly, we aspired to create an environment where people would feel genuinely good in the future.

Kalaranna District, in the heart of which is a square and the buildings, each with its unique character, surrounding it, could not have been solved with one standard project. It would have meant that the apartments would have been illogical in relation to the surroundings. We wanted to avoid monotony – in form, nature and appearance. As a result, we’ll have quarter with twelve completely different buildings.

LET’S LOOK FURTHER THAN THE BUILDINGS AND THINK ABOUT THE QUARTER AS A WHOLE – HOW IS IT GOING TO LOOK LIKE?

Mihkel Tüür: In our vision, Kalaranna District was a part of open urban space. We found an interesting parallel with the old town of Tallinn, with its quiet corners and cosiness, which we also brought to Kalaranna. Long wide city streets would not have made it possible. The area between the houses somewhat resembles with a modern Italian city with its pleasant milieu – restaurants, cafes, and boutiques surrounding the square and homes on the upper floors. In some ways, the idea was idealistic, but in retrospect I find it very positive that the developer shared our mindset. The parking has been taken underground, which in my opinion is the only reasonable and practical solution in the city centre. 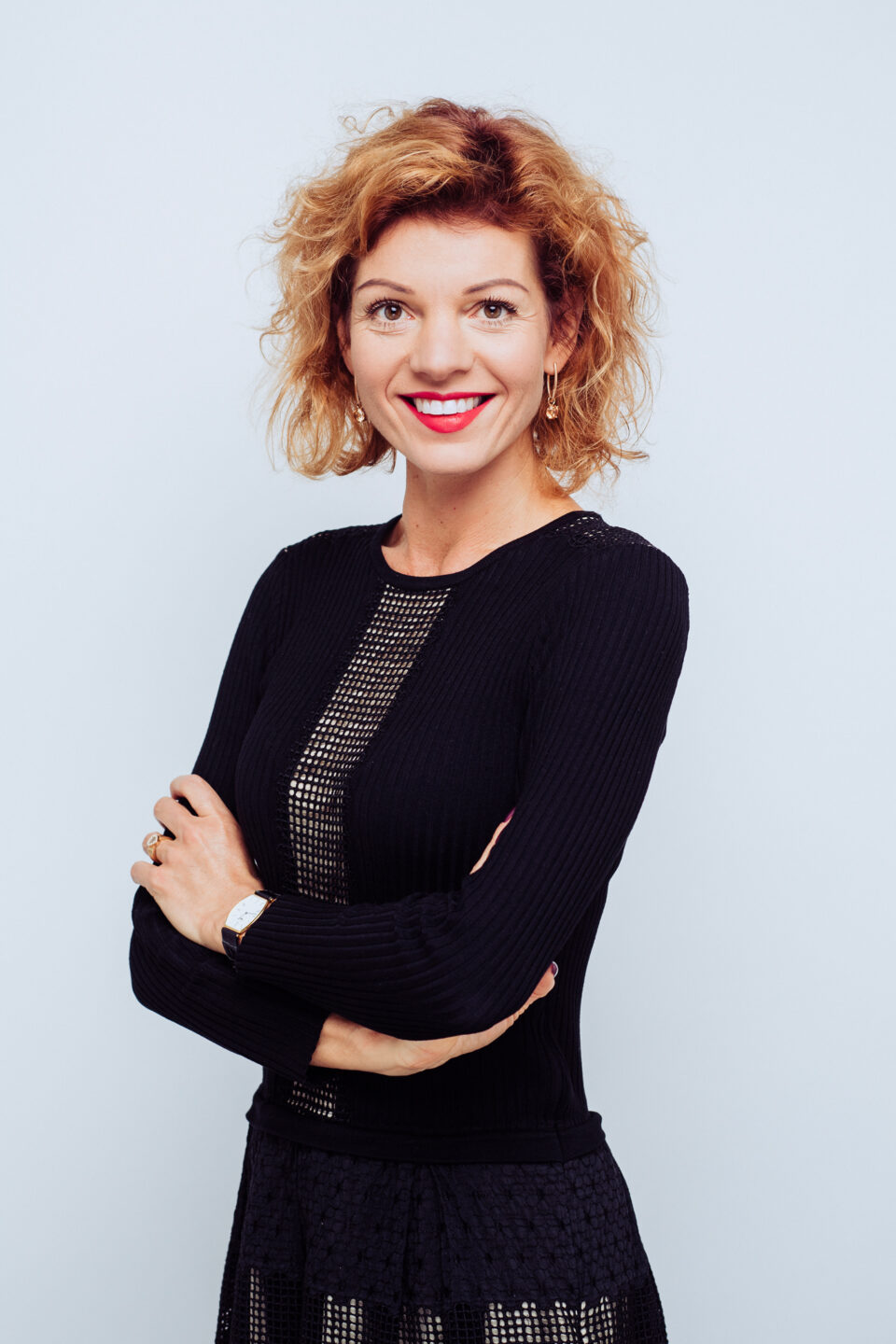 Carmen Kukk: Every living environment needs time to mature, and landscape architecture plays an integral role in its development, which over the years will give a real touch to the area. I think we will see the true charm of Kalaranna District in 4-5 years. I appreciate the idea of ​​a cosy Italian city that has evolved over time together with the people and their stories.

THE SQUARE WILL UNDOUBTABLY BECOME THE HEART OF KALARANNA DISTRICT AND THE RESTAURANTS AND SHOPS SURROUNGING IT WILL BRING A TRULY URBAN ATMOSPEHERE. HOWEVER, HOW WILL THE RESIDENTS THINK ABOUT THE BUZZ AND THE LIGHTS IN THE SUMMER EVENINGS THAT ARE A NATURAL COMPANION OF SUCH SCENERY?

Mihkel Tüür: In that sense, Kalaranna District is a very unique project. Namely, the entire perimeter has setbacks. This means that there are canopies above the commercial premises of the buildings, which in city milieu “cut off” the light pollution and noise from the upper floors. Architecturally, we planned that people could walk along the outer perimeter of the district and the area surrounding the square. In our climate it is a reasonable and pleasant for people to be able to walk under the roof.

Such an opportunity to apply setbacks, according to Kalaranna District’s detail plan, is rather rare in Tallinn, because the construction area is usually built in its entire capacity. According to the detail plan, in the case of the area under construction, the back-step is equated to the gross volume of the building, ie the area to be sold.

WHAT WERE THE DEVELOPER’S EXPECTATIONS?

Carmen Kukk: The architectural competition brought really interesting selection of different visions and gave us the opportunity to vote for the solution that, in our opinion, was served the people’s interests the most. Our expectation was that with the development of the Kalaranna District, we would enrich the urban space and preserve the natural coastal area.

Undoubtedly, the long-term development of Kalaranna District has also had many challenges, but this time has been necessary. What we have today, in terms of the quality of construction and architecture, creates long-term value. I sincerely believe that Tallinn, as a city, is ready for such a project today, and this is demonstrated, among other things, by how other developers architecturally solve their development project within this coastal area.

The special nature of this project is also reflected in the exceptionally active sales, which remained stable in the face of all the spring challenges. It is not just a question of breath-taking views to the sea or the old town, but the combination of the unique location, architecture, interior architecture and landscape architecture.

HOW MUCH DID YOU CONSIDER THE HISTORY OF THE AREA WHEN PLANNING THE KALARANNA DISTRICT?

Mihkel Tüür: I find it to be more of a question of valuing the space between the Old Town and the sea – whatever is being developed between that area defines the dialogue between the city and the sea. The natural environment will be preserved as it has been – both the beach promenade and the port area will be renewed, and it will remain open to people.

WHAT DID THE PROCESS OF INTERIOR ARCHITECTURE LOOK LIKE? WHAT STROVE THE IDEA BEHIND THE INTERIOR DESIGN AND CHOICE OF MATERIALS – YOU HAVE INTRODUCED SEVERAL GLOBALLY KNOWN QUALITY BRANDS?

Galina Burnakova: The inspiration for Kalaranna’s interior design has come from life itself – I wanted to create an environment where people would feel good – spacious, bright, functional, charming in its simplicity. The interior finish is characterized by clean lines, elegance and natural in its nature and choice of materials, which reflects the granite rocks of the Nordic shore, the volcanic Pacific beaches with their black sand, light driftwood washed ashore on stormy islands, and the pieces, bricks, concrete and terrazzo of old buildings smoothed out by our very own Kalaranna beach. I took into account the timeless nature Kalaranna District represents for me. Thus, homes have high-quality wooden parquet, ceramic tiles and other interior finishing details which perfectly fit here. Carmen and I visited the factories on site to get to know the entire product value chain and make sure of their quality. It’s not so much about the brands, but of the choice of mature products.